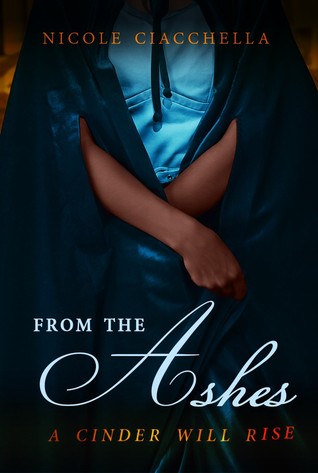 Lucinda has become a servant in her own home since her father died, and has to put up with her cruel step-mother. However, she has a secret, Lucinda has just become the Cinder, leader of the Ashes, who are hoping to get fair treatment for the peasant class. Prince Benicio is desperate to escape the confining place life so he trades places with his double to explore the city. When Lucinda saves his life, it opens his eyes to the cruelty and corruption of some of the nobility and he can no longer ignore it. With both of them holding secrets and having big responsibilities, can they learn to trust each other before it is too late?

From the Ashes is an enjoyable Cinderella retelling, and has a story about injustice and rebellion. I found the first half of the book faster paced and more interesting than the second half.

Lucinda has a strong belief in justice and has strong convictions, she is loyal and resourceful but doubts her ability to be the Cinder. At the beginning of the book Benicio was immature and did not want to grow up and face his responsibilities, but as the story went on he wants to help others and his kingdom. There are some really good secondary character in this book, such as Leo and Ryanne, as they were brilliant friends.

Unfortunately the last few chapters bored me as there was too much talking and they seemed to be repeating the same conversations. I would recommend From the Ashes to fans of the Fairytale collection.